Two sides to every story.

After a person has been charged with a crime of “domestic violence,” they must often sign a pre-trial release agreement which promises to have no contact with the alleged victim and stay away from the residence, despite who owns the residence.

This means a person charged with a crime involving domestic violence can find themselves with no home, no personal possessions, and limited ability to communicate with family members.  They must often use law enforcement assists to obtain basic personal belongings. In addition, while the case is pending, they must find alternative housing.

A violation of the pre-trial protective order can result is misdemeanor and even felony charges. These are not charges to face alone. 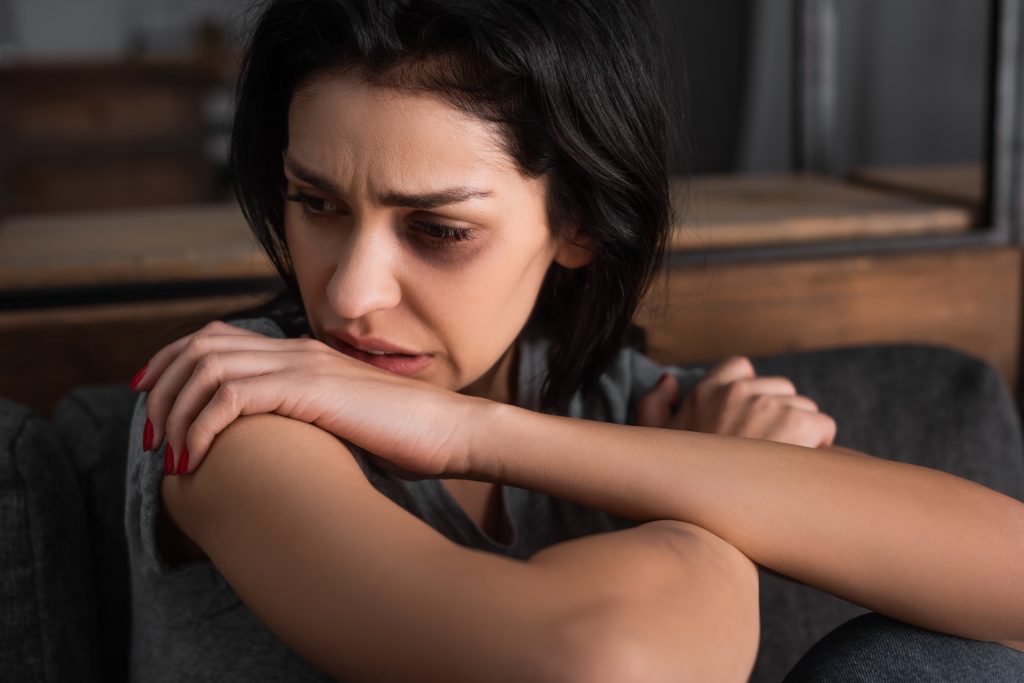 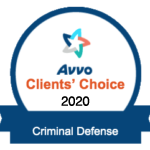 Failing to appreciate the severity of domestic violence charges, even for first time offenders, can result in being designated a “restricted person” under the law. This means you would be prohibited from ever owning a firearm.

Convictions can be used as enhancements for future violations which bring possible felony status. A conviction can be used in a divorce in an attempt to gain the upper hand in child-custody disputes.

Bangerter Law Firm has extensive experience in navigating the troubled waters of domestic violence allegations.  From the proper use of the Utah Spousal Privilege rule to using court-approved evaluations and treatment plans as incentives for reduced charges or dismissals, we can tailor a customized defense for you that will preserve your rights.

We understand emotions can be high in these cases, which makes a reasoned and effective defense plan all the more important.

Emotions run high during a fight with your spouse or partner, and one of your neighbors calls in a noise complaint. Your partner lunges at you during an alcohol-fueled disagreement, and your first instinct is to lunge back. Your spouse makes a move toward the door during an argument, and you step in front of them, blocking the exit. These are just a few examples of situations that may give rise to allegations of a domestic violence offense, any of which have the potential to lead to serious, potentially life-altering trouble with the law.

A domestic violence allegation can arise even when there is no evidence of bodily injury, bodily harm, corporal injury, or physical abuse. The state of Utah takes domestic violence claims and claims of emotional abuse extremely seriously. Still, an experienced domestic violence lawyer may be able to help you defend yourself against such charges when they lack merit.

What Is Domestic Violence?

In other words, any number of different actions may constitute domestic violence or relationship abuse. All of them have the potential to impact you personally, professionally, and financially, which is why you should consider enlisting the aid of a knowledgeable criminal defense attorney when someone makes domestic violence allegations against you.

A criminal charge of domestic violence might include any of the following violent or nonviolent offenses, among others, when committed against a cohabitant:

How Does Utah Define “Cohabitant?”

Utah’s definition of domestic violence refers to any specific criminal charge committed by “one cohabitant against another.” Thus, the legal definition of “cohabitant” is an important one. A cohabitant refers to either an emancipated individual or a party 16 or over who meets one or more qualifying circumstances. A cohabitant could be a spouse or someone living as a spouse of the other party. It could also be someone related through blood or marriage to the other party.

Certain familial and other relationships do not fall under the “cohabitant” umbrella. In the eyes of the law, no cohabitation relationship exists between a minor and his or her parent, adoptive parent, or stepparent. The same holds true when it comes to relationships that exist between natural, step, or foster siblings who are under 18.

What Are the Penalties for Domestic Violence in Utah?

A domestic violence conviction may lead to substantial penalties. It may also impact other areas of your life, including your career, immigration status, time spent with your children, and your ability to possess a firearm, among other things.

Depending on circumstances, you may also find yourself on probation following a criminal conviction involving domestic violence. You may also have to participate in an anger management program or another type of educational or therapeutic program.

A conviction for domestic violence may also hurt you professionally. Such convictions become part of the public record, meaning some prospective and current employers can find information about the offense easily enough. A domestic violence conviction typically prevents you from holding jobs within the public sector. These jobs include teaching, social work, and many health care jobs. Employers in other fields may also avoid hiring you if a background check turns up your conviction.

Any allegation of domestic abuse, intimate partner violence (IPV), or family violence may also hinder your custody chances or impact your ability to spend time with your kids. Utah’s family court system considers whether any history of violence exists when making child custody determinations.

If you are an immigrant living in the United States, know that a conviction for domestic violence may constitute grounds for deportation. This holds true even if it comes at the misdemeanor level.

Convictions for certain criminal offenses mean you have to forfeit your right to bear arms. A conviction of domestic violence means you lose this constitutional right. This prevents you from holding military or law enforcement jobs that require you to have a firearm.

While these are some of the repercussions you may face in the wake of a domestic violence crime, this is not an exhaustive list of all potential penalties. A criminal defense attorney from a Utah law firm may be able to further explain the consequences associated with the specific charge you face. 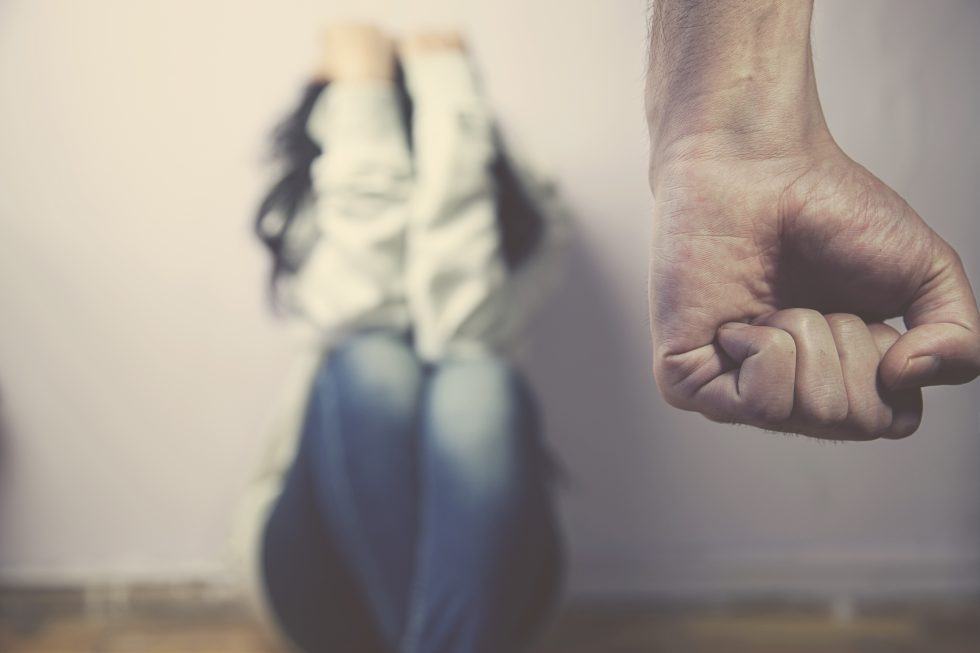 What Is a Pretrial Protective Order?

You may not be able to return to your residence to get your possessions unless a law enforcement officer accompanies you, for example. Any violations of a pretrial protective order may lead to additional sanctions. A domestic violence lawyer may be able to offer a more in-depth overview of the sanctions you may face, which might include misdemeanor or felony charges.

What Is an Ex Parte Order?

An alleged domestic violence victim may also ask the district attorney for an ex parte order even if no charges are pending.  An intimate partner may do so as a past victim or if they believe there is imminent danger of domestic abuse or violence. An ex parte order may prevent you from contacting the petitioner or visiting their home, school, or place of employment.

Ex parte orders also prohibit you from possessing a gun. They may, too, grant the petitioner temporary custody over any children you share, among other terms. In some cases, ex parte orders may remain in effect for up to 180 days.

What Does a Domestic Violence Lawyer Do?

Maintaining a strong attorney-client relationship is important. An experienced criminal defense attorney may also propose to the court that you undergo treatment or evaluations that may result in reduced charges or even dismissals.

What Are Some Common Domestic Violence Defenses?

Many domestic violence defense cases involve similar defenses. For example, suppose your charge was the result of you acting in self-defense. Your domestic violence lawyer may be able to produce evidence that the other party inflicted harm against you first.

Similarly, if the allegations against you were baseless and the result is the other party seeking revenge or trying to achieve some type of personal gain, your law firm may produce evidence of this. Sometimes, domestic violence charges arise from complicated family law issues. Other times, they are the result of false allegations, with many such cases involving he-said, she-said arguments.

Once authorities arrive on the scene following a domestic violence call, you have limited options. You may find yourself facing charges that carry steep criminal and civil penalties. Some of these penalties may hinder your ability to earn a living and support yourself or your family. An experienced domestic violence attorney from our Utah law office may be able to help you defend yourself against unfounded domestic violence charges and minimize any impact they may have on your life.

Utah victims of domestic violence, family violence, sexual assault, or a similar offense may wish to seek protection from their abusers in the form of a temporary protective order. These court orders place certain restrictions on respondents, or those served with these temporary orders, that may prevent them from going certain places, initiating contact with certain people, or possessing or purchasing firearms until a hearing takes place, among other possible limitations. LEARN MORE